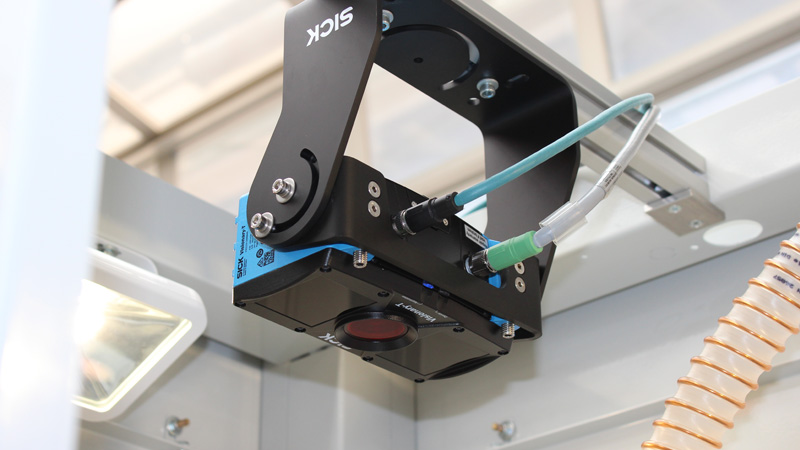 How 3D Cameras and Grippers solved a major problem in automation

Renowned automation specialist fpt Robotik has paired its new patented gripper with SICK’s Visionary-T 3D camera to solve a specific problem: automating the process of picking pouches and polybags of different shapes and sizes. Through this collaboration, fpt Robotik has designed a completely new robot cell for pick-and-place applications, closing the gap in robot-based picking of non-rigid and dimensionally unstable products, particularly pouches and polybags. Sophisticated gripping technology allows machines to carefully identify and handle products that are unable to achieve a tight vacuum seal (a problem which has yet to be solved in manufacturing). 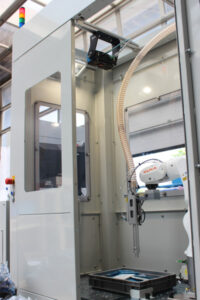 The Visionary-T’s role in this is paramount because no amount of gripping can make up for unreliable machine vision. After just under a year of successful development work and comprehensive support from SICK, the Visionary-T 3D camera has been combined with fpt Robotik’s Subito Connect A cell. This combination allowed for a robot cell that is compact, flexible, and mobile. It can be easily installed at manual workstations as well as logistics or picking workstations alike, which has made it extremely popular in the market. Even big-name companies– including a major German games manufacturer– have registered their interest in it.

The devil is in the details, especially when it comes to pick-and-place applications that deal with non-ridged surfaces and products that are unable to achieve a tight vacuum seal. In the case of gripping and setting down pouches, a pick-and-place solution requires the execution of intricate, complicated applications.

Both SICK and fpt Robotik delivered on this. By uniting skills and expertise in these areas, the two companies were able to deliver exceptional standards of skill and professionalism. After just under a year of working closely together, the staff members involved in the project were able to bring the gripper and camera combination up to a dependable standard for series production.

The 3D data captured by the camera is prepared and converted immediately, right at the point where it is created. To achieve this, the Visionary-T is equipped with ultra-high-performance hardware plus a range of special image processing filters that allow it to reliably detect the spatial positions of dark, transparent, or reflective objects. Once it has precisely identified the positions in this way, it communicates them instantly to the machine controller using straightforward global 3D coordinates, at a rate of up to 50 images per second.

The data is prepared in a way that accommodates a direct link between the camera and the programmable logic controller, which in turn allows the patented gripper to operate at its full potential.

“Until now, it just hasn’t been possible to use [robots] for automated handling of non-rigid parts, and they haven’t always been successful in detecting pouches,” Frick said. “Now, we have a gripper and camera working in perfect harmony – which means that we have an actual product that works in an application that used to be impossible for robots to deal with.” 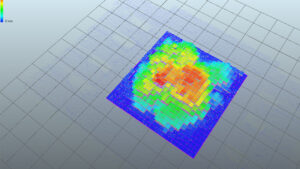 Products like the Visionary-T and Connect A Cell have done a lot to advance robotics. Each small victory breaks a ceiling in the limits of our technological understanding and opens new horizons.

“Robots can do so much. But until now, it just hasn’t been possible to use them for automated handling of non-rigid parts, and they haven’t always been successful in detecting pouches,” Frick said. “Now, we have a gripper and camera working in perfect harmony, which means that we have an actual product that works in an application that used to be impossible for robots to deal with.”

The biggest indicator of the project’s success, however, is the way in which the SICK and fpt Robotik teams worked together and kept thinking one step ahead. It is now hoped that the teams will build on this collaborative project to bring about yet more innovative solutions and tangible success stories in the near future.

Interested in learning more about SICK’s Visionary-T and other sensor solutions for collaborative robots? Contact a SICK representative today!

Read More
This is a guest post by PSI Technics, a provider of intelligent positioning solutions for stacker cranes, bridge…
AApplications & Technology 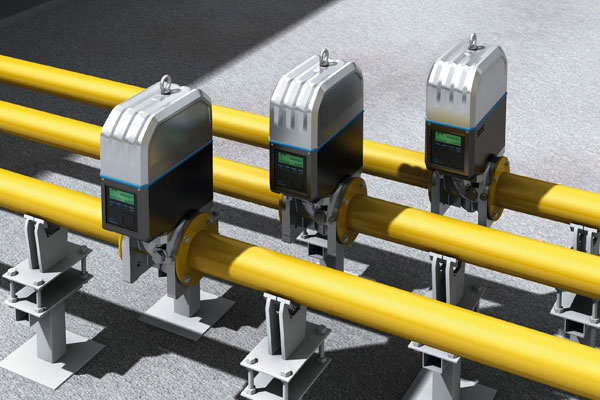 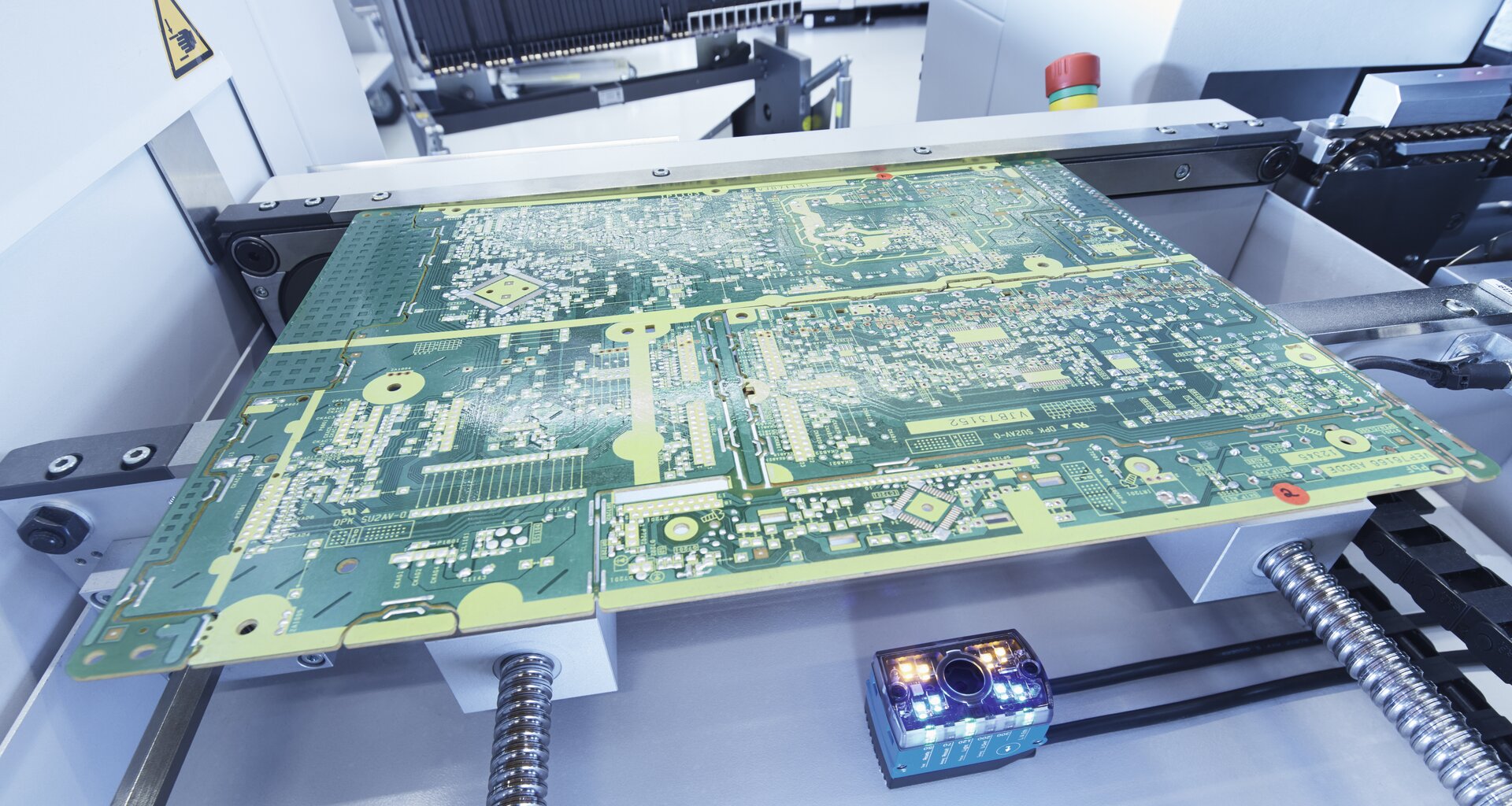 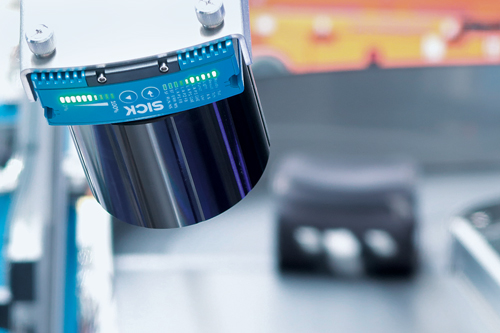 Read More
SICK has led the automation industry through a changing landscape for more than 70 years. As the face…
AApplications & Technology 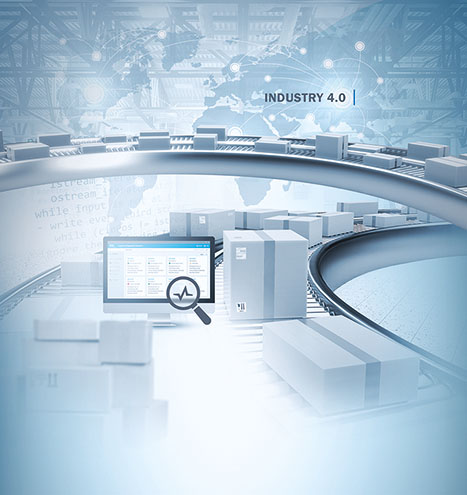