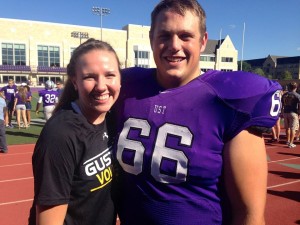 Today’s students could be tomorrow’s engineers, and one of the best ways for students to learn skills is on-the-job experience. That’s why SICK USA supports the education of the next generation of innovators by offering internships to students at local universities.

Meet one such student and future engineer: Zach Martens.  Zach is a graduating senior studying mechanical engineering at the University of Saint Thomas. He recently interned at SICK’s Eagle Creek Facility in Savage, Minnesota, and we caught up with him to see what he learned from the experience!

How did you get interested in a career in Manufacturing Engineering?

I first became interested in engineering when I took a Physics class in high school.   After high school, I went to the University of Missouri Science and Technology, where one of my classes introduced me to all of the different types of engineering.

The mechanical aspect was especially interesting to me.  I later transferred to the University of Saint Thomas, and I began working with the manufacturing group as an intern at SICK, which solidified my desire for a career in engineering.

Tell us about the experience interning at SICK.  What were your responsibilities?

I interned at SICK from March 2015 until January 2016 at the Eagle Creek Facility—where sensors including the SureSense photoelectric sensors are built locally.  Working with the manufacturing engineers, I was primarily responsible for documentation and making sure production ran smoothly throughout the day.

I also worked with the production staff to troubleshoot any problems with the equipment and figure out the best way to get the machines up and running again quickly and to their fullest potential—so products could be sent out to customers in a timely manner.  I also got to see what it was really like to be a manufacturing engineer day-to-day.

How is working in the field different from studying engineering in college?

There are a lot of big differences, but one thing that is the same at both work and school, is that they’re both about problem solving.   It’s a different setting, and you exercise different skills, but at the core both of them are about looking at a problem and arriving at the best solution.  Because of this, I think going to school and interning at SICK at the same time actually helped me to become better at both roles—as a student and as an aspiring engineer. 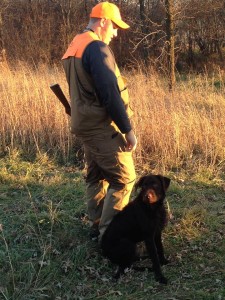 For example, in school, there are a lot of equations and background information that you need to know to be able to solve real-world problems.  And real scenarios at work bring meaning to what you’re doing at school.  Also, balancing the two responsibilities means there are also a lot of deadlines to manage at once, which is a good skill for both work and school!

Sounds like you keep busy!  What do you do in your spare time?

I enjoy fishing, hunting with my dog, and just generally being outdoors.  I also played football for Saint Thomas.

How to Establish a Connection between SOPAS Software and Automatic Identification Hardware: 2D Laser Scanners and Vision Sensors

70 Years of Innovation | The Early Years

Read More
The last thing you want on a trip is lost luggage.  Fortunately, track and trace solutions like SICK’s…
IInside SICK

Read More
How Can SICK Help? Understanding customer needs — in terms of automation solutions — is the first step…