Home - From Driver Assistance Systems to Robotics: The Benefits of Intelligent 3D Vision Sensors for Indoor and Outdoor Use
AApplications & Technology

From Driver Assistance Systems to Robotics: The Benefits of Intelligent 3D Vision Sensors for Indoor and Outdoor Use

3D images give a clearer view

In outdoor industrial environments the situation is constantly changing. To ensure that changes of this kind are always detected, SICK has designed its Visionary-B sensors with two eyes, in the form of horizontally offset lenses. This allows objects and obstacles to be safely identified in three dimensions on the basis of the stereoscopic principle. The result is a reliable driver assistance system. Intelligent algorithms filter out the information that is really important to the driver and transmit it as a live image to the monitor near the steering wheel. The Visionary-T sensors also create three-dimensional images. These products with only one eye are designed for indoor use and, like the Visionary-B, are equipped with SICK’s 3D vision technology. The sensors can be used, for example, to provide object detection or collision warning functions in automated guided vehicles (AGVs) and human-robot collaborations.

Driver assistance systems are required when the person at the wheel needs to pay full attention to their work, for example if they are moving bulky loads. Often the driver cannot see the vehicle’s entire route or identify potential risks or obstacles in the surrounding area. Typical applications for these systems include transport logistics, agriculture, construction sites, mines, and ports, where industrial trucks, loaders, tippers, or container vehicles, many of which are very large in size, are operating. SICK’s innovative 3D vision technology gives a clear view of all the areas that cannot be seen by the naked eye because of blind spots.

The Visionary-B and Visionary-T sensors capture complete scenes in three dimensions and with only short exposure times. By contrast, laser scanners scan their field of view line by line. As a result, there is always a delay in producing a static image, which results in uncertainty about the evaluation of a scene at the current moment. SICK’s 3D vision technology operates like a “normal” digital camera in which every single pixel in an image is exposed at the same time. This procedure excludes the possibility of sudden changes creeping into the image, as can be the case with the line-by-line scanning process.

Another advantage of the 3D snapshot sensors is that the three-dimensional image is created either on the basis of the stereoscopic principle using two lenses or using time-of-flight measurements with one lens. Mechanically moving parts are not needed in either case. From a functional perspective, the Visionary-B sensors work in the same way as human vision. The evaluation unit analyzes the raw 3D data from the sensor head, which can be compared with the brain.

By contrast, 3D laser scanners work with rotating mirrors or rely on the movement of the objects in front of the scanner. This makes them more sensitive to vibrations and impacts of the kind that frequently occur in tough industrial environments such as mines and stone quarries. Static scenes also restrict the possible uses of 3D laser scanners because of their operating principle. The lack of mechanically moving parts in SICK’s 3D snapshot sensors increases the fail safety and the availability of the systems. In addition to the way in which the images are created, other advantages include the rugged construction of the cameras and the shock- and water-resistant housings, which are specifically designed for the conditions they are used in. For example, the sensor head of the Visionary-B can be cleaned using a fire hose. Design details like these play a key role in ensuring that the sensors function efficiently in an industrial environment.

It is conceivable in practice that an employee could suddenly appear from around a bend in a mine tunnel while a truck is reversing. In this situation the sensors must be able respond quickly and inform the driver immediately about the risk. The Visionary-B takes several images per second for this purpose. This ensures that the stereo images have a high information content, which is subsequently merged and evaluated by a high-performance computer to create a three-dimensional picture.

Despite the fact that a huge volume of data is needed in order to detect risks or obstacles reliably, drivers must not be distracted by the flood of information. This is why the intelligent algorithms in the SICK software filter out the information that is irrelevant to the driver. This includes, for example, small irregularities on the road surface, stones, rain, and fog. The system ensures that drivers are only warned about genuinely critical situations. If unimportant occurrences or very small obstacles on the route triggered an alarm, this would reduce drivers’ confidence in the driver assistance system and their acceptance of it over time. Eventually they would switch it off.

Scaled-down solution for indoor use

While the Visionary-B, with its rugged design and low lighting requirements, is intended primarily for outdoor use, SICK has developed the Visionary-T for indoor driver assistance systems. These sensors also have cameras and intelligent analysis software. The difference is that information about the distance and size of objects is obtained not by measuring the disparities in the stereo image, but by taking time-of-flight measurements. The Visionary-T has a single eye and uses infrared light sources to measure the time-of-flight between the surface of the object and the camera. In this case too the sensor provides depth information for every pixel in real time.

The process, which involves taking up to 50 three-dimensional images per second, functions only because the SICK system is able to measure the tiny differences in the time taken by the light to travel from its source to the object and back again. These differences make it possible to calculate the distance to the reflective surface. The resulting data form the basis for the creation of three-dimensional images in which different colors indicate different distances. The integrated active lighting system that illuminates the surroundings enables the camera to be used in complete darkness. The use of 3D time-of-flight technology is restricted in applications with strong external light sources, for example direct sunlight in open production or logistics facilities. This is why in its outdoor solutions SICK has opted for classic stereo cameras. As a result, the monitoring process cannot be put at risk either by reflections or direct sunlight.

In indoor applications, for example in large logistics centers or extensive production areas, the Visionary-T and 3D snapshot technology provide reliable detection systems. However, the functions offered by these compact devices go far beyond simple collision warning. For example, the Visionary-T is ideal for use in collaborative production processes where people are working in the same environment as robots. The sensors are so flexible and can be configured and deployed so effectively that robots can identify what is moving toward them. For example, if it is an automated guided vehicle (AGV), the robot continues at full speed. However, if the object that has been detected does not have the same outline as an AGV, because it is in fact a person, it is possible to specify pre-defined scenarios for the robot that include restricted or slower movement or coming to a complete standstill.

Other applications for the Visionary-T are in the fields of logistics and material flow. The sensors can be used, for example, to obtain reliable information about the size of parcels or packaging units. As well as detecting objects, the sensors can also identify gestures, which is an important consideration in the context of human-machine collaborations.

Self-driving systems, reversing assistants, and intelligent spatial analyses are all applications where working areas and transport routes can be reliably monitored using 3D sensors. In the light of the growing number of human-machine collaborations, this technology is beginning to play an increasingly important role. SICK’s 3D snapshot technology can also be used to identify positions in high-bay warehouses when pallets are being stored or removed. During the palletizing process, the 3D sensors can detect empty areas. This makes it easier to manage the material handling process and improve its efficiency. 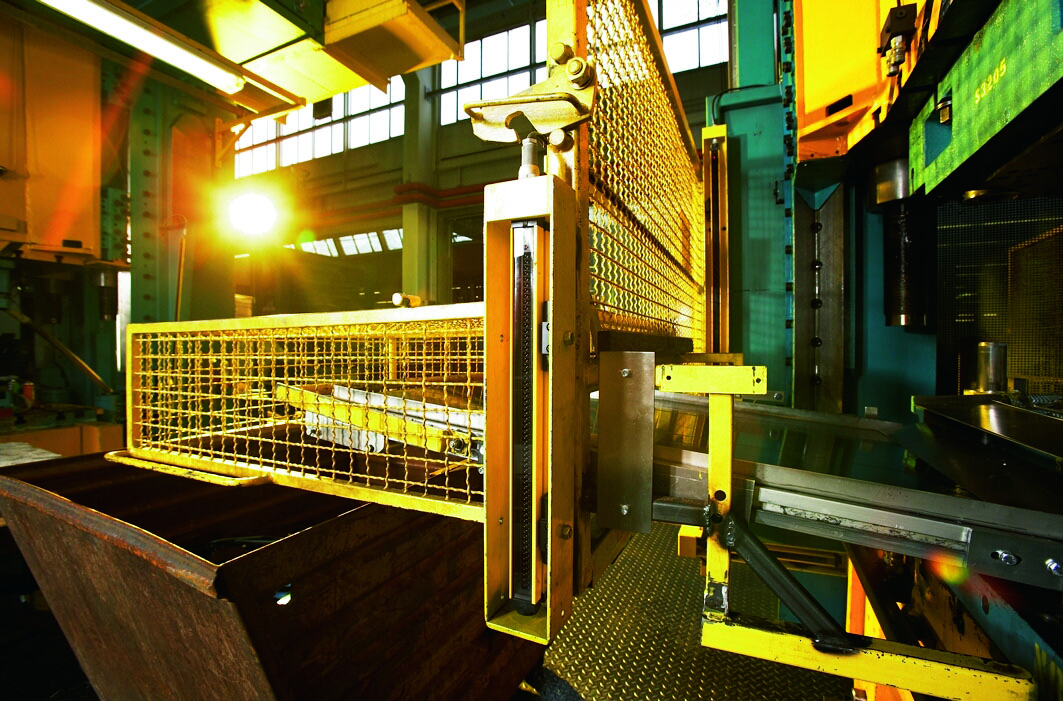 Read More
Since we are well into 2018, SICK USA thought it was high time we shared our top blog…
AApplications & Technology 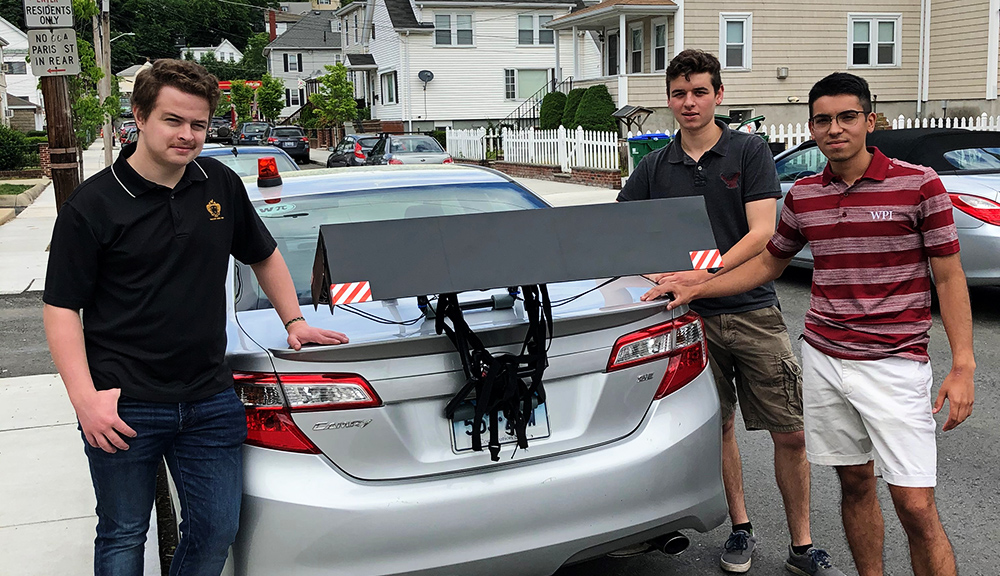 Read More
Barcodes and barcode scanners were originally developed and implemented to improve processes, but they have now become an…
AApplications & Technology 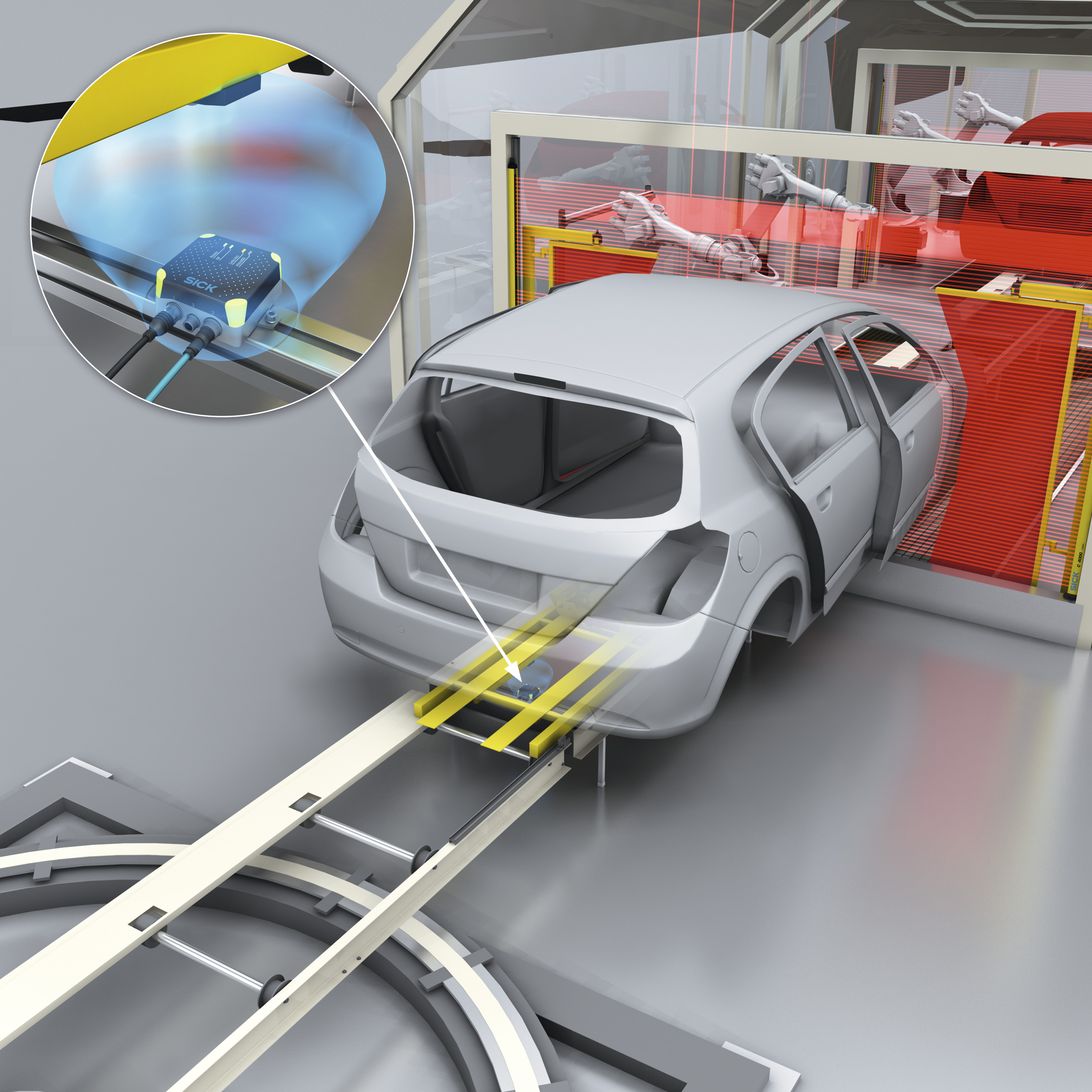 Read More
RFID has become synonymous with most track and trace systems used in manufacturing today. The technology can be…
AApplications & Technology

Read More
Designing a robot for outdoor use – for example, in agricultural or mining robots—comes with a unique…