70 Years of Innovation | The Early Years

Germany was a very different place in 1946 – with its society, culture, and economy all lying in ruins. It was at this difficult time that a man called Erwin Sick came to prominence with his pioneering spirit, showing the courage of his convictions in the town of Vaterstetten near Munich. His idea? – To combine optics with electronics and use them in peaceful ways for the benefit of humanity. 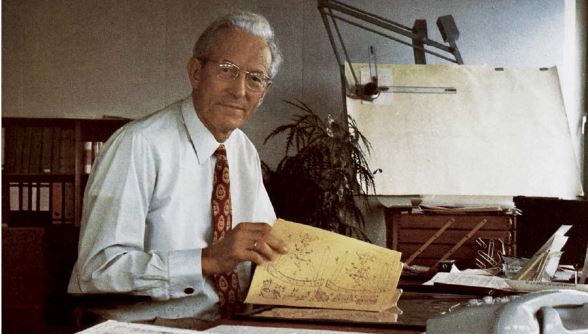 Referring to him-self as the “Erfinder aus Leidenschaft” (“passionate inventor”), he wanted to develop devices with the “wow” factor. These would offer “greater capabilities than other devices” and would stand out from the crowd thanks to their innovation, quality, and distinctive benefits. Erwin Sick was motivated personally – and in his entrepreneurial endeavors – by a desire to protect people and the environment, but it was also this very factor that led the incipient company in the direction of sustainable growth markets very early on.

At the end of September 2016, SICK AG will celebrate its 70th anniversary. The company that Gisela and Erwin Sick originally intended to become a “healthy medi-um-sized business with a select workforce of between 80 and 100” is now a world technology and market leader in the area of sensors and sensor solutions for industrial applications – having become a global player with more than 7,500 employees and having achieved a sales volume of over EUR 1.25 billion in 2015.

The story of what is now SICK AG began shortly after the end of the Second World War. Basing themselves in an old barracks in their home town of Vaterstetten near Munich, Gisela and Erwin Sick single-mindedly followed their technological development aims: to produce opto-electronic devices that would be used for peaceful purposes. On September 26, 1946, the US authorities granted Erwin Sick the license he needed to establish a engineering firm. Erwin Sick secured the livelihood of his family for a temporary period by selling radios that he had made himself.

The first orders were received at the “ACHEMA” fair – an exhibition and congress for the chemical apparatus industry – in 1949. At the “German Inventor and New Development Trade Fair” in Munich in June 1951, Erwin Sick presented the first ever model of his light curtain and received a certificate for “exceptional creative performance”. On October 20, the company registered a patent for the light curtain based on the autocollimation principle. This registration was a technical breakthrough. 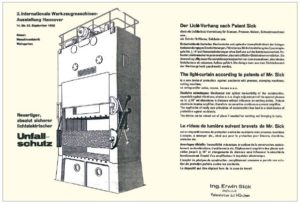 At the “2nd International Machine Tool Trade Fair” in Hanover in 1952, SICK presented the first marketable accident prevention light curtain. The orders that followed necessitated the expansion of serial production and further investments. His light curtain became established  on the market, along with a print mark control device that he developed.

It became clear that the family barracks would soon be too small to house the expanding company. In 1954, Erwin Sick tried in vain to obtain a loan from the Free State of Bavaria to build up the company. He managed to obtain one in the federal state of Baden-Württemberg. SICK moved from Munich to Oberkirch in Baden. At the new site, employees produced the print mark control unit and the light curtain in small series. By this point, SICK’s products had already gained popularity with customers in France, Italy, and Switzerland as well as with companies based in Germany.

Just two years later, in 1956, the company had to move again because it needed even more space, this time relocating to Waldkirch. By this stage, SICK had 25 employees. In October of the same year, SICK was granted the patent for a new type of photoelectric retro-reflective sensor that would later become one of the company’s strongest products in terms of sales.

Back in 1958 – long before the environmental movement arrived on the scene – Erwin Sick applied for a patent for a smoke detection device. He hoped that the device would help to prevent health hazards caused by smoke. This device was the starting point for the company’s activities in the field of environmental measuring technology. Like the light curtain before it, this was a pioneering step for SICK.

Over the following years, the company continued to grow. In addition, Erwin Sick founded the Institute for Automation in 1960 for the purpose of developing new technologies. However, the site in Waldkirch remained in charge of ongoing development and production.

In 1971, during the celebrations to mark the company’s 25th anniversary which were held in the town hall in Waldkirch, Erwin Sick was awarded the Federal Cross of Merit, First. Class. “Surely we need better and more useful technology instead of simply more technology,” he said in his speech.

Benefits of RFID for Track and Trace in Product Recall 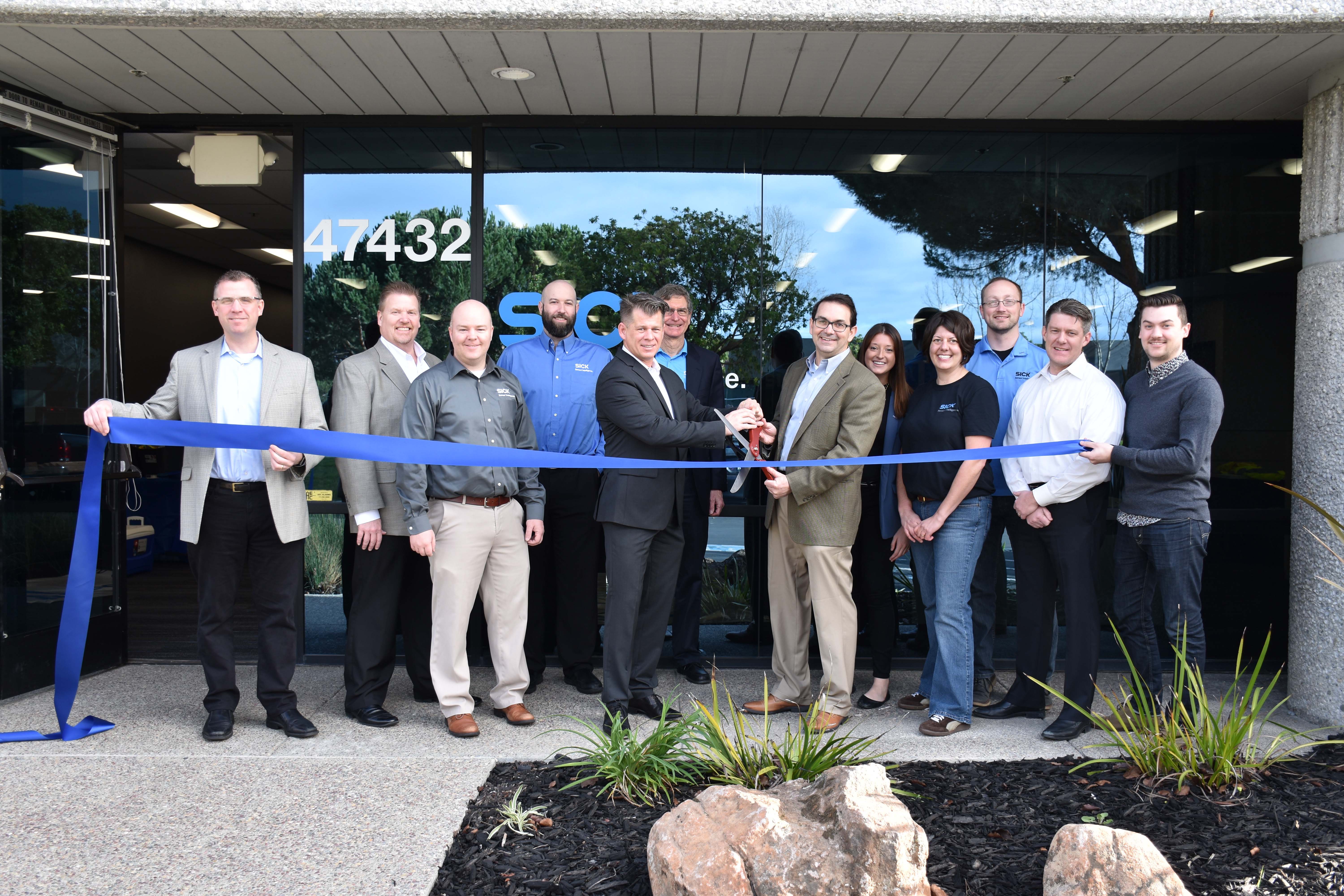 Read More
How Can SICK Help? Understanding customer needs — in terms of automation solutions — is the first step…
IInside SICK 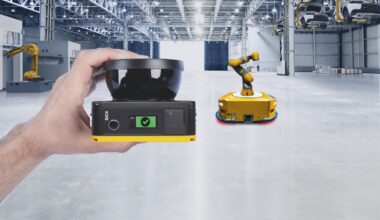 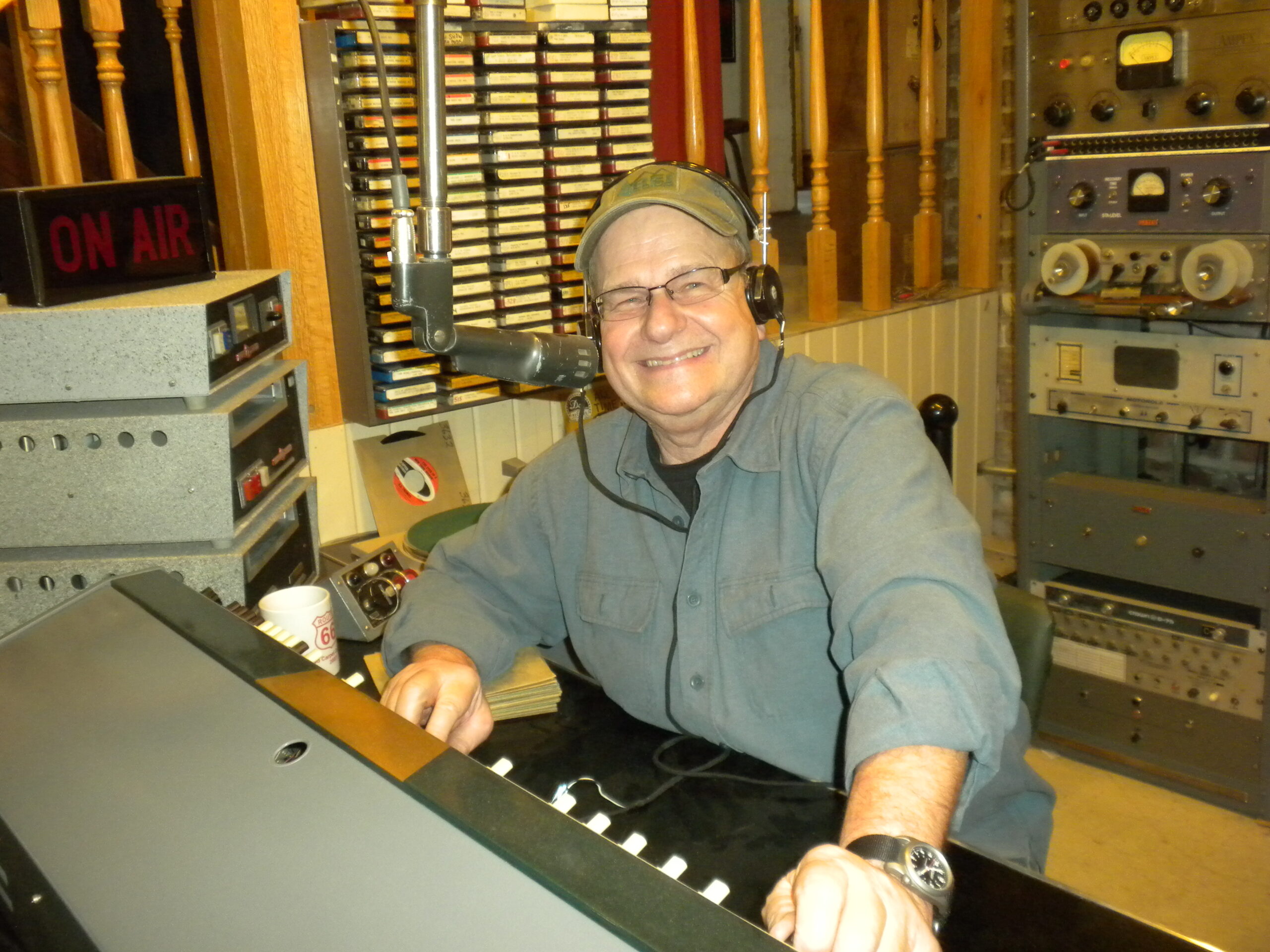 Read More
If a customer has a question, Jason Giroux has the answer (and he can explain it in an…