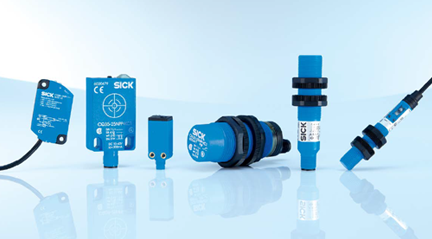 Capacitive sensors are most commonly used for level and feed monitoring applications in food and beverage, automotive and warehouse environments. Their resistance to harsh environmental factors, such as dirt, make them reliable for a variety of applications.

In particular, capacitive proximity sensors are ideal for detecting the following:

Get the most out of your capacitive sensors

With a variety of application factors to consider, how can you make sure you’re getting the most out of your capacitive sensor? Check out the 4 tips below:

If the sensors sensitivity is adjusted too high — to the maximum setting — the sensor can lock on, meaning it does not switch off. Therefore, the sensitivity has to be reduced.

SICK offers a range of capacitive proximity sensors with sensing ranges from 1 to 25 mm. View this video of SICK’s newest capacitive sensor, the CQ4.

Jill is a Product Manager covering electromagnetic sensors and connectivity.